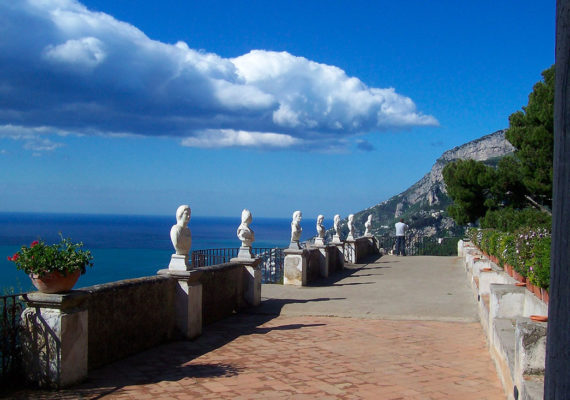 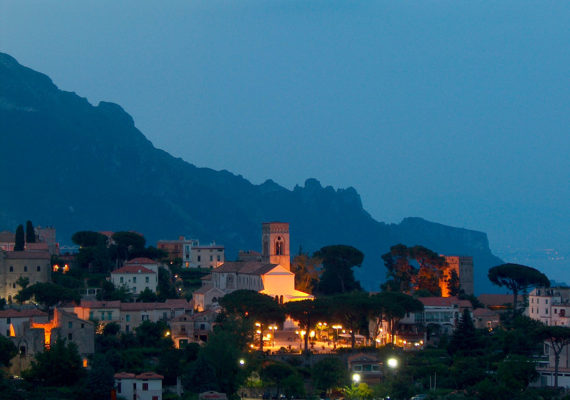 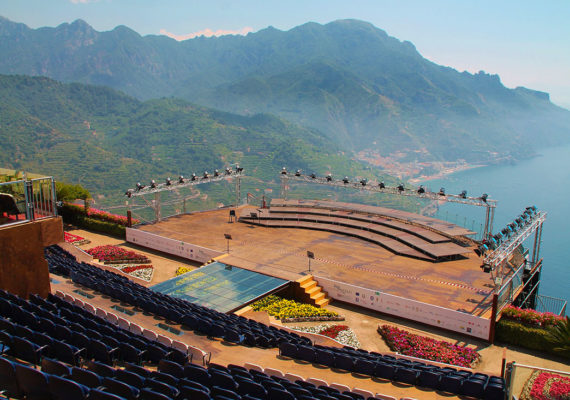 Ravello lying on the buttress that divides the valley of the Dragon from that of the Reginna, dominates from above with its 350 meters high from the sea level, the underlying villages of Minori and Maiori. Ravello, among the most precious gems of the Amalfi Coast, represents a context where atmospheric, luministic and spatial effects determine an intense, unique vision, with a sublime character. He felt the arcane magic and immortalized his memory Giovanni Boccaccio in his “Decamerone”. In 1819 the great English painter William Turner stayed in Italy, going as far as Ravello. The sketches that he performed on the Amalfi Coast are now on display at the Tate Gallery in London. Famous for its atmosphere of great tranquility and a deep charm that every corner of this town emanates, its image is also linked to its villas whose images have been around the world. 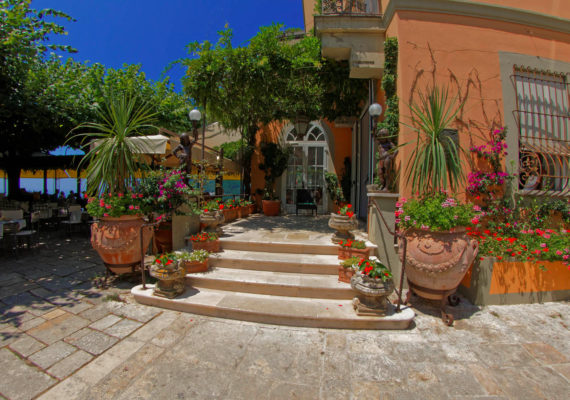 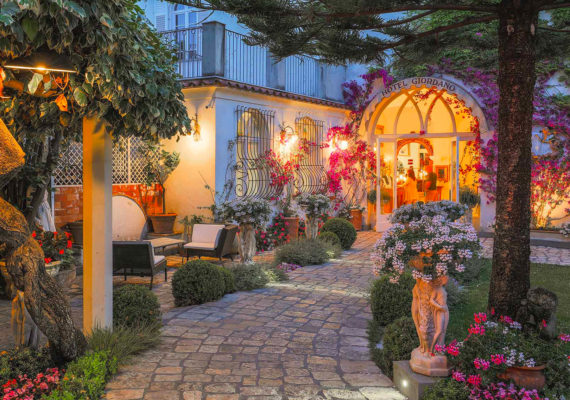 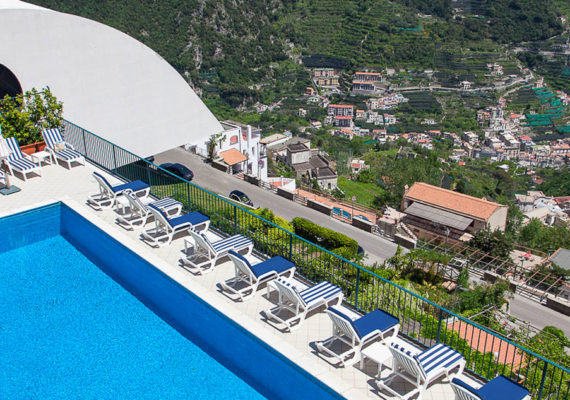 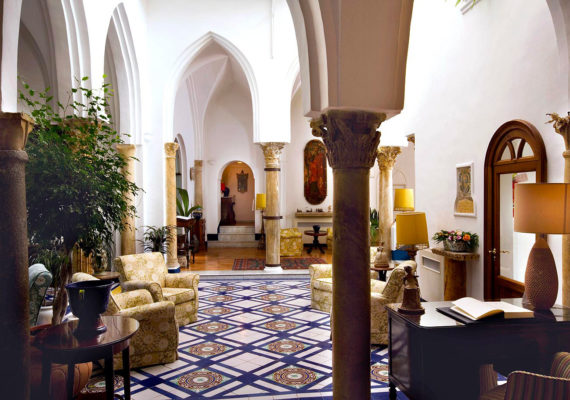 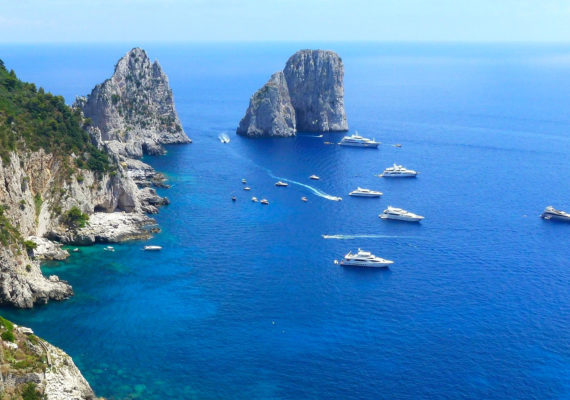 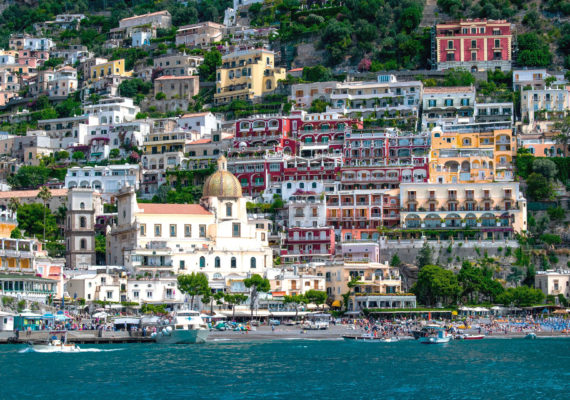